The artists who practice from the Arts Project Australia studio are continuously exhibiting their work at galleries throughout Melbourne, Australia and internationally. See where you can catch Arts Project artists throughout October, November and December 2017.

The Museum of Everything Australia | Museum of Old and New Art (MONA), Hobart
10 June 2017 – 8 July 2018
MONA is currently playing host to an astonishing exhibition of art objects selected and curated by The Museum of Everything—the world’s first wandering institution for the untrained, unintentional, undiscovered and unclassifiable artists of the nineteenth, twentieth, and twenty-first centuries. You can find works by Julian Martin, Terry Williams and Alan Constable.

Darebin Art Prize | Bundoora Homestead Art Centre, Melbourne
28 October – 4 March 2018
Bronwyn Hack is a finalist in the 2017 Darebin Art Prize for her sculptural work The Body Piece. The Darebin Art Prize is a biennial multi-medium award for excellence in contemporary visual art and spans contemporary artworks across all media, from painting, drawing, photography, sculpture and craft, through to video art.

Collins Place Pop Up Gallery | Shop 19, 45 Collins Street, Melbourne CBD | Collins Place
9 November – 19 November
Catch us in Melbourne CBD this November! We’ll be showing a thoughtful and intriguing array of artwork at a pop up gallery at Collins Place (located near the Sofitel on Collins). Opening Thursday 9 November from 6-8pm, the show will include painting, drawing, ceramics and soft sculpture.

National Self-Portrait Prize | UQ Art Museum, Brisbane
11 November – 18 February 2018
Congratulations to Lisa Reid and Terry Williams who are both finalists in the 2017 National Self-Portrait Prize, showing at UQ Art Museum. Titled Look at me looking at you, the award exhibition is curated by Glenn Barkley and Holly Williams. The show posits the roles that the spectator plays in the construction of an image, the exchange between the viewer and maker that drives an image or object. With the self as subject, this can be reduced to an intimate conversation that might take place in the gallery space itself or at some future time, as if someone has passed on a message to be later revealed and savoured.

Dancing Queen | Incinerator Gallery
29 November – 12 January 2018
Dancing Queen is a solo exhibition curated by, and the featuring the work of, Emily Dober. 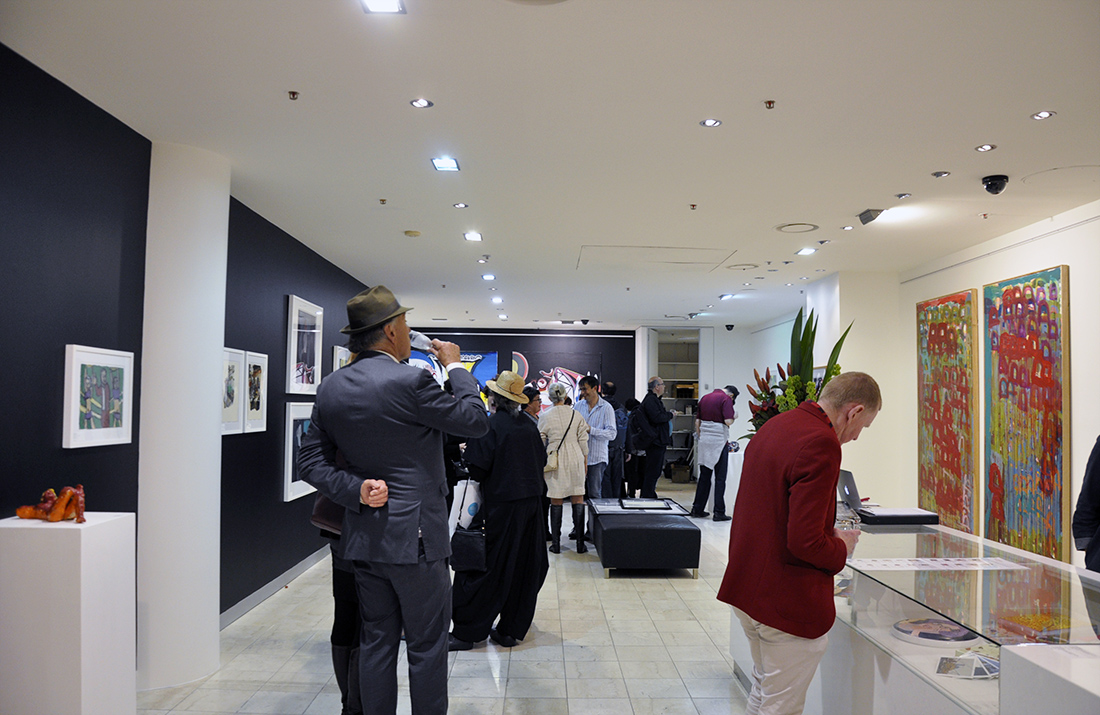